The extension of the COVID-19 pandemic over the past months has offered even those convinced of its brevity time to consider not only the fact of its contagiousness but the how and why of the spread of the disease. For those unfamiliar with how infections operate, addressing symptoms, treatment, and recovery can feel so insurmountable as to cause us to interpret each unfamiliar sensation with distress, or even panic.

But having basic knowledge of how viruses not only work but differ from other kinds of infections (like those caused by bacteria) can help to ease the anxiety that now accompanies a new cough, so this week, we’re looking at viruses and bacteria. We’ll show you how each operates and how you might combat the illnesses that can arise from contracting them. Knowing the differences between viruses and bacteria can help you ask the right questions the next time you find yourself at the doctor.

Viruses and Bacteria: The Basics

Viruses—the most basic of disease-causing organisms—are smaller than bacteria. In fact, viruses are simply genetic material encased in protein and aren’t considered “living”; they require other, living hosts such as people, plants, or animals to survive and multiply.

Because they are so small, viruses are generally the easiest to contract; their size allows them to spread through the air in a cough or a sneeze. When a virus enters the body, it takes over some of its cells, instructing them to reproduce the virus, which then overtakes additional cells. When the virus reproduces faster than the immune system can control it, it begins to destroy cells and harm the body. Diseases caused by viruses include chickenpox, HIV, and common colds.

Bacteria are bigger and more complex than viruses, though they can still spread through the air. A bacterium is a single-celled microorganism that can live and reproduce almost anywhere on its own, including in soil, water, and our bodies. In fact, bacteria thrive in many different types of extreme environments including severe cold or heat and radioactivity.

Some bacteria can be found in our intestines, where they help digest food and strengthen our immune system. Most bacteria cause no harm to people, but there are exceptions. Like viruses, bacteria can harm us by replicating quickly in our bodies; however, some bacteria make toxins that can paralyze, destroy cells’ metabolic machinery, or encourage a massive immune reaction that is itself toxic.

What Happens When We Contract Viral and Bacterial Infections

In some cases, it may be difficult to determine whether it’s a bacterium or a virus that is causing symptoms. Many ailments—such as pneumonia, meningitis, and diarrhea—can be caused by either bacteria or viruses; however, our body almost always reacts in ways we can immediately sense.

Without our immune system, bacteria and viruses would build up to the point where the body could no longer function; however, it usually isn’t the infection itself that causes us to feel sick. The symptoms we feel are really caused by the body’s response to the infection. When the body realizes it is infected, it reacts by increasing the local blood flow, causing inflammation. An increase in temperature (a fever) works to make the body’s internal environment too hot for the infection to survive. Pus and mucus are the result of white blood cells working to kill and clear the body of dead cells. Ultimately, bacteria and viruses do very little damage to your body when compared to the damage your actual immune system causes.

Sometimes, the symptoms of viral and bacterial infections can be very similar. For example, a runny nose, cough, headache, and fatigue can occur both with the common cold (a virus) and with a sinus infection (a bacteria). The presence of other symptoms, such as a fever or body aches, the length of the illness, and certain lab tests can determine if an illness is due to a virus, bacteria, or some other pathogen or disease.

How to Treat Viral and Bacterial Infections

Because bacteria typically reproduce outside of cells, it’s easier for medicines to target them. Broad-spectrum antibiotics have been developed to kill bacteria in our bodies and in our food supply by inhibiting their growth; however, bacteria are extremely adaptive and can quickly evolve to evade antibiotics; inappropriate use of antibiotics has helped create bacterial diseases that are resistant to treatment. Bacteria share their antibiotic-resistant genes with each other, meaning more strains generate even farther-reaching resistance to the drugs we use.

Because viruses are so simple that they use their host’s cells to achieve their reproductive goals, antibiotics are useless against viral infections. Antiviral drugs work differently than antibiotics by interfering with the release of new viral material from infected cells, reducing the virus’s ability to spread throughout its host, or blocking viral reattachment to the same cell, thereby preventing accumulation of the viral material.

Because viruses inside cells are harder to target, antiviral drugs are more challenging to develop. Each antiviral only works against a specific virus, and antiviral drugs are currently only effective against a few viral diseases, such as influenza, herpes, hepatitis B and C, and HIV; however, scientists are continuously working toward additional successful treatments.

Have fun with cell biology using this printable page designed in-house by Liz Pearson. As a fun, creative challenge for kids and future scientists to learn about the various components of the Covid-19 virus, this downloadable coloring page offers an introduction to the world of microbiology beginning with the components of the Covid-19 virus, including key parts like the lipid membrane, m protein, and RNA. 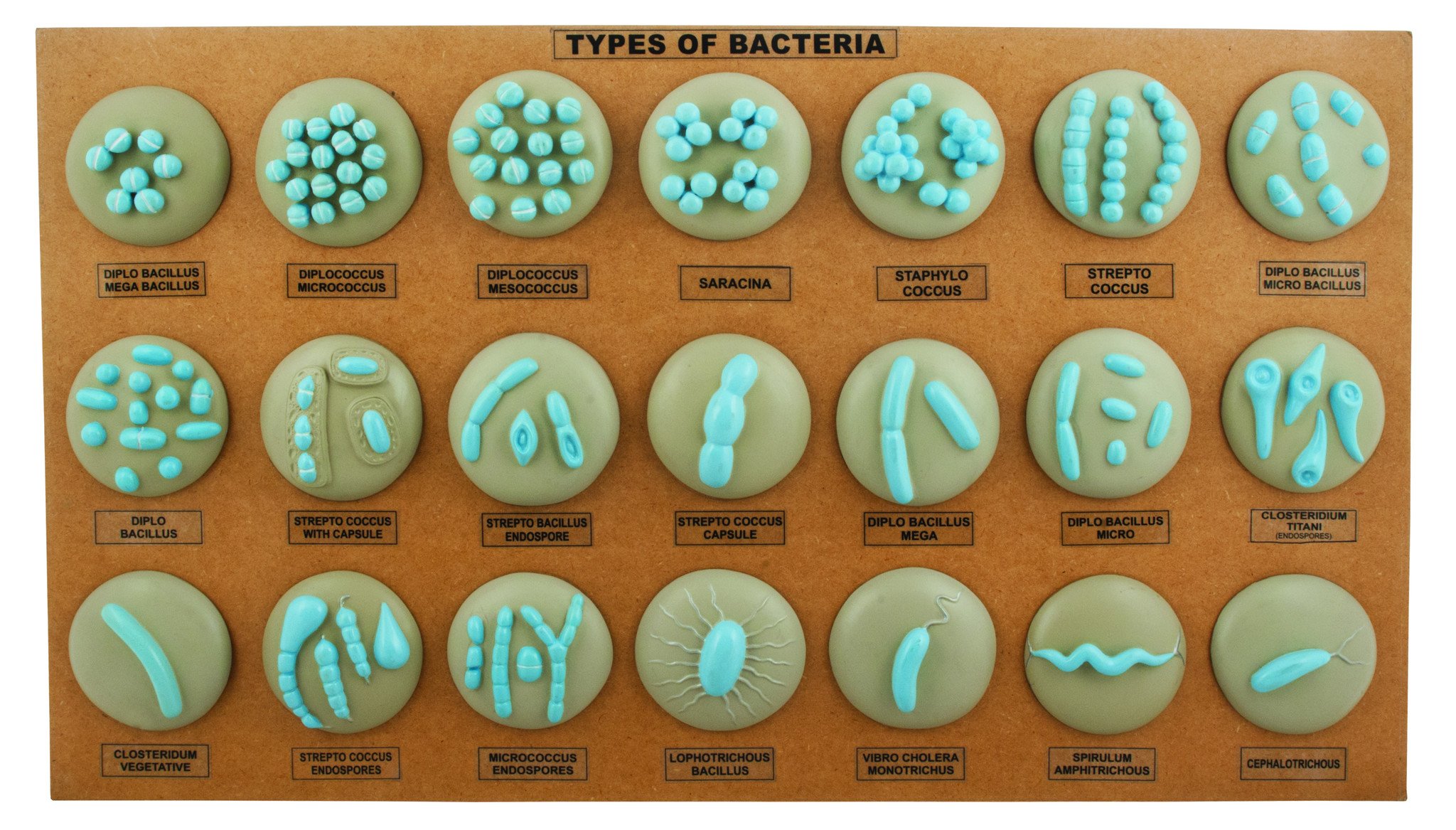 Or, check out this Eisco Labs bacteria board, which displays 21 different bacteria types. Each type is hand painted and labeled with its scientific name directly below. 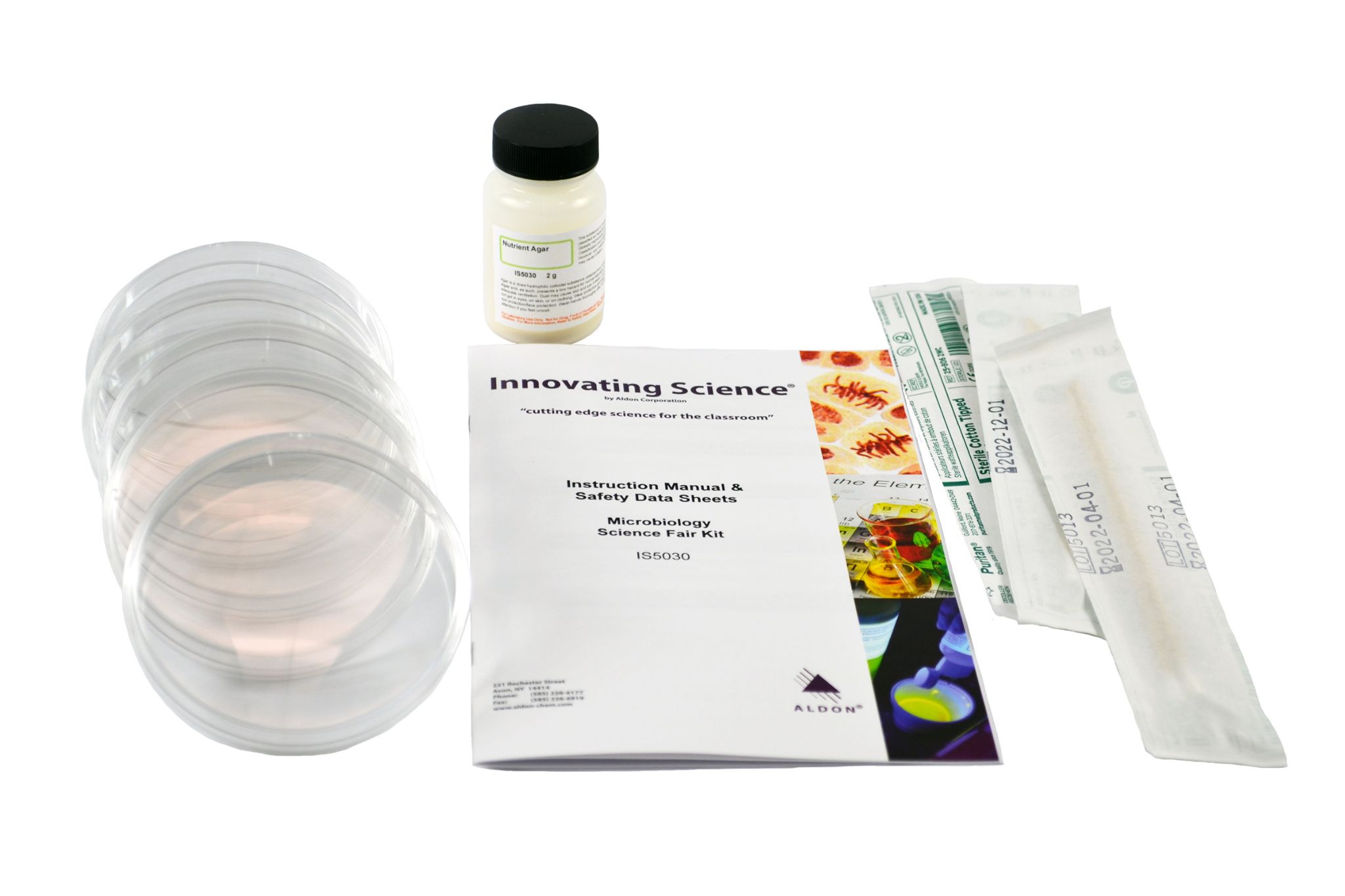 Now that you know what different types of bacteria look like, grow your own! This Innovating Science Microbiology Science Kit is a hands on, easy to use kit that allows young learners to grow their own bacteria. They will be able to swab various surfaces around the house, such as door handles and sinks, to inoculate agar plates and then investigate the levels and the importance of bacteria in everyday situations.